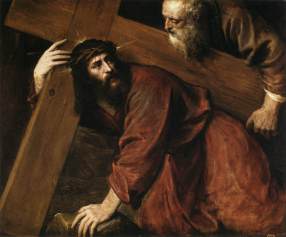 With the Covid-19 pandemic rapidly spreading around the world, many people are worried and anxious. How should they react in the face of growing restrictions on their movement and activities and the uncertainties created when around them many are becoming sick and some are dying? In this meditation we use texts of St Augustine, St John Paul II, St Josemaria and Pope Francis to consider four approaches which should always characterise us when we encounter suffering: 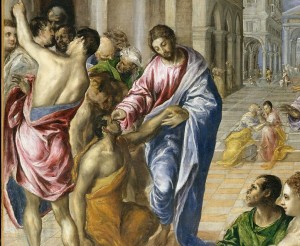 We all have situations in which we wish something were different but we are not in a position to change it by ourselves: our job, finances, health, relationships, etc. In these circumstances we can sometimes become discouraged. It is then that we need to grow in hope, to trust more in God. In this meditation we pray about this important virtue, drawing on Scripture, the Catechism, Pope Benedict XVI’s encyclical Spe Salvi  and St Josemaria’s book The Way to consider: 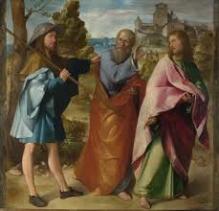 In the afternoon of the Resurrection, two discouraged disciples of Jesus left Jerusalem for the nearby town of Emmaus. Christ met them on the way and engaged them in conversation, showing them from the Scriptures how the Messiah was meant to suffer and die. When they reached Emmaus the discipes begged Jesus to stay with them and when they recognised him in the breaking of the bread they returned to Jerusalem. In this meditation we consider how:

In the ups and downs of life there are many events which are not in our control, where we can only put our hope in God. In this meditation we use texts of Scripture and Pope Benedict XVI’s encyclical Saved by hope to put our life on a sure foundation. We consider that:

Many people look on death with dread, as the sad ending of it all. With Christian faith we look on it very differently, as our final journey home to eternal life with God. Our Lord has told us that he has gone ahead to prepare a room for us in the Father’s house (cf. John 14: 2-3). This is what awaits us if we live and die well. In this meditation we consider:

At a time of much spiritual darkness and evil in the world, the light of the risen Christ at Easter brings light and hope to all. In this meditation we consider:

A fundamental aspect of the hope and expectation with which we prepare for the celebration of Christ’s birth in history and his second coming at the end of time is the spirit of penance. This is an aspect which is often overlooked. I recently answered a question on it in Catholic newspapers and here it is.

I know that Advent is a season of hope and expectation of the coming of Christ in history and at the end of time, but is it also a season of penance? We don’t hear much about this aspect, if indeed Advent is supposed to be a time of penance.

I agree that we don’t hear much about the penitential aspect of Advent, but we can be sure that it is still there in the mind of the Church.

This is seen most obviously in the colour purple, which is used for the vestments worn by the priest and for other decorations of the church. This colour is used in the two penitential seasons preceding the great feasts of the year: Lent preceding Easter and Advent preceding Christmas. On the third Sunday of Advent, Gaudete, or Rejoice, Sunday, the colour may be rose, suggesting a lessening of the penitential aspect as we pass the halfway point in our Advent discipline.

Moreover, the Vatican’s Directory on Popular Piety and the Liturgy (2002) says that Advent is a time of “conversion, to which the Liturgy at this time often refers, quoting the prophets, especially John the Baptist, ‘Repent for the kingdom of heaven is at hand’” (Mt 3:2; n. 96).

Indeed, it has been traditional in the Church since the beginning to have days or seasons of penance as a way of preparing for the big feasts. The history of Advent bears this out. In the fifth century Pope St Leo the Great called for fasting on Wednesdays and Fridays in the weeks leading up to Christmas. In 581 the Synod of Mac in present-day France called for fasting on the Mondays, Wednesdays and Fridays from November 11, the feast of St Martin of Tours, up to and including Christmas Eve, December 24.
When it was first celebrated, Advent began six Sundays before Christmas. The number was reduced to four by Pope St Gregory the Great (591-604). Some Eastern Rite Catholic Churches and the Eastern Orthodox Churches still celebrate a longer Advent, beginning on November 15, the day after they celebrate the feast of the Apostle Philip. Thus for them Advent, like Lent, has forty days and is sometimes referred to as the Little Lent. It is lived as a penitential season, known as the Nativity Fast or sometimes St Philip’s Fast, although the penance required is not as strict as that for Lent. In the Melkite Catholic Church the fast now begins on 10 December.

During this season the strict Eastern tradition requires abstinence from all creatures with a backbone, including mammals, birds and fish, and from all products made from these creatures, including milk, cheese, yogurt and eggs. In some traditions only one meal is allowed each day and this cannot be eaten before noon.

So it is clear that Advent is traditionally a penitential season like Lent. It is understandable that this should be the case. If we are to pray “Come, Lord Jesus”, as the liturgy invites us to do, we should make our soul more worthy to receive him. Like the Prodigal Son, we come before God in humility saying, “Father, I have sinned against heaven and before you; I am no longer worthy to be called your son” (Lk 15:21). This sense of unworthiness, which we rightly feel, leads to the desire to purify our soul from sin and the effects of sin by acts of penance. It is as if we are cleaning out the stable of our soul so that Our Lord can find it a more worthy dwelling place on Christmas Day when he comes. To this end it can be helpful to choose one or more of our usual Lenten penances to live during Advent. In this way we are reminded that we must deny ourselves in order to prepare well for Christmas.

In addition to acts of self-denial, it is good to make a greater effort in our spiritual life too through such acts as attending Mass more often, setting aside regular times for prayer, reading the Scriptures or some book about Advent or Christmas, etc. And of course we should practise more acts of charity and almsgiving, which are so much a part of the spirit of Christmas.

Also important in living this spirit of repentance is receiving the sacrament of Penance, the great sacrament of mercy and joy by which we are forgiven our sins by God. There can hardly be a “Happy Christmas” without being in the state of grace and being embraced by the Father.

We would like life to be always smooth sailing. Unfortunately it is not, and when there comes the sudden illness, the death of a loved one, the loss of a job or the failure of human relationships it is easy to become discouraged and lose hope. This meditation may be of some help.